The Republican Congress and the growing list of presidential candidates have an opportunity to articulate a vision and provide policy ideas and legislation to “heal our” dysfunctional healthcare system. Yet, the Republicans are finding it difficult to articulate a plan addressing the consequences of millions more Americans who are unable to purchase their healthcare insurance, as well as the dysfunction in the healthcare system that necessitated “Obamacare” . The following are five reasons to embrace a single payer system to replace “Obamacare” and achieve universal healthcare coverage with choice and access to quality affordable care for all Americans. To implement a single payer system, the Republicans may select and expand from popular existing examples:

1. The Veterans Health Administration, a government-run system that provides healthcare for our veterans, 2. Medicare, the popular government administered health care system for the elderly and disabled, 3. Federal Employees Health Program, a health care arrangement that our elected officials and other government workers enjoy.

Should they need more ideas for their single payer system; the Republicans can study the health care systems of Canada, Germany, France, Israel, and most other industrialized nations that cover all their citizens at a significantly lower cost and mostly comparable if not better quality and potentially increased options for choice of providers for care.

By replacing “Obamacare” with a single payer system for healthcare the Republicans can help employers, especially small businesses focus on what they do best, making products and provide services, rather than worry about employee health benefits. Removing the burden of having employers pay for healthcare insurance for their employees and meet all the expensive administrative and regulatory costs associated with that, will allow small businesses to use the savings to hire more employees. Avoiding healthcare costs, employers will hire more workers rather than having current employees work overtime. Corporations and other employers, will have clarity as to what their future obligation regarding healthcare will be, virtually nothing, and can more effectively plan and execute their business plans.

Reason #2: Bend the curve of the US debt

It is suggested by many politicians that the rapid growth of federal healthcare spending is the primary driver of long-term deficits and the unsustainable US debt. A single payer healthcare system, according to many economists, will “bend the curve”. Eliminating administrative inefficiencies, profits by middle persons that do not contribute to improved value, making healthcare services available at an earlier stage of the illness, will all have a significant impact on the overall cost of healthcare. Adopting a single payer system will diminish the cost of healthcare provided to public employees and pensions in the public sector, strengthening the ability of local, state and governments to provide other needed services for their constituencies.

Reason #3: Demonstrate a commitment for a free market system

The republicans’ commitment to a single payer healthcare system will reinforce their belief in the importance of free markets. The current dysfunctional healthcare system is complex and influenced by many interest groups that have corrupted the playing field to achieve an advantage in the healthcare marketplace. Obamacare has largely maintained the role of the oversized importance of special interests in the healthcare sector. Healthcare stakeholders such as AARP, The US Chamber of Commerce, unions, insurance companies, Pharma and healthcare providers, are about maintaining the crony capitalism that governs the inefficient healthcare sector. A single payer system, operating with transparency and accountability of all stakeholders, will create a truly free market where citizens and consumers can make meaningful choices about healthcare value. Many options such as vouchers to select among qualified insurance companies, a plan similar to the Federal Employee Benefits can maintain choice and control by the healthcare user and promote competition.

The US economy’s success is due to the opportunities available to anyone to compete in the marketplace. The ability to start a business, to innovate, has been the bedrock of our national success. A single payer system where individuals will not be shackled to employers that provide them health care insurance will promote competition, and create new products and services. On a national level, it has been well documented that our current healthcare system has impact on our companies international competitiveness.

The past few years have rightly focused the political debate on the issues of liberty and the importance of individual choice. The current healthcare system, as well as "Obamacare", highlights the limited choices that Americans have when it comes to healthcare. Americans receiving health care benefits through Medicare and Medicaid, are restricted by choices dictated by congress and state governments, Americans receiving insurance through tax-exempt employer plans have little say in the choice of plan, and our veterans get care defined by the Veterans Administration. A single payer system does not mean just one choice; it will allow for various plans and all Americans will be able to choose directly the health plan that most serves their need.

The Republicans have made repeal and replacing “Obamacare” a central political objective. Regardless of the supreme court's ruling in the most recent legal challenge to Obamacare, the dysfunction of our healthcare system will need to be addressed. Embracing a single payer healthcare system as an alternative to Obamacare, will position them to implement legislation that is consistent with the core conservative values of the Republican party.

Americans Working Together for a Healthcare System That Works for All

Me and the Health Care Ecosystem 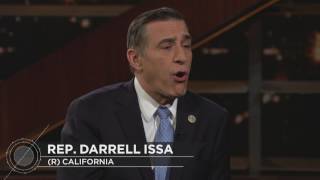 The progressive and conservative “case” for universal healthcare

The  People's Step by Step Roadmap to Universal Healthcare